The Colossal Squid is so rarely seen that only eight adult colossal squid have ever been scientifically reported.

Now Waikato Museum in co-operation with Te Papa, is set to reveal some of the fascinating science and wonderful secrets of one of New Zealand’s most significant natural history specimens.

Colossal Squid: Freaky Features! Te Ngū Tipua: Ngā Wāhanga Weriweri! centres around an interactive table displaying many different objects including the lens from an eye of the Colossal Squid, part of a tentacle, and a complete tiny squid; the miniature of its colossal relative. Touchable rotating models of a squid’s tentacle hook and the Colossal Squid's beak are also on display.

The exhibition also displays two documentaries which show life in the depths of the Southern Ocean, and how the most complete Colossal Squid ever found ended up at Te Papa. 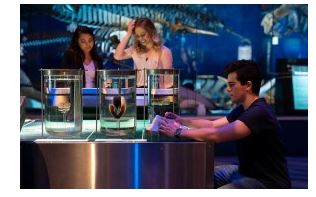