This is a real story/theatre show/presentation about Rob Mokaraka’s fight with his depression and a bullet.

In 2009 Rob had a mental and spiritual breakdown in Auckland and provoked the police to shoot him dead. He was shot at close range in the chest by a glock 9mm bullet. After multiple surgeries and court cases, Rob started therapy and went on to create Shot Bro- Confessions of a Depressed Bullet, a story of his life which is; Funny, Dark, Real and Educational.

Rob is now invited to communities and organisations, including NZ Military bases, Prisons and Probation Centres around the country to share his story. A show that is both humorous and hard hitting, Shot Bro exists to start conversations, so people know that they are not alone and that they are allowed help to heal.

His story is funny, but very real. Each show is followed by a wananga/forum, with kai and cups of tea to whakanoa/ground the community afterwards.

Rob isn’t an expert, but his real life journey makes people feel safe, knowing that he understands. “Crying is better than dying and we can’t change the past, but we can change the present. #OutOfTheDarkWithAroha”

ABOUT ROB MOKARAKA
After studying acting in Whangarei, Rob Mokaraka won a Best Newcomer Chapman Tripp acting award for 2001 play Have Car, Will Travel. On screen he was the lead in Taika Waititi’s Māori Battalion tale Tama Tu, and award-winning play Strange Resting Places, a tale of Māori and Italian bonds during World War ll. Rob is also an original creator of acclaimed show band The Māori Side-Steps. 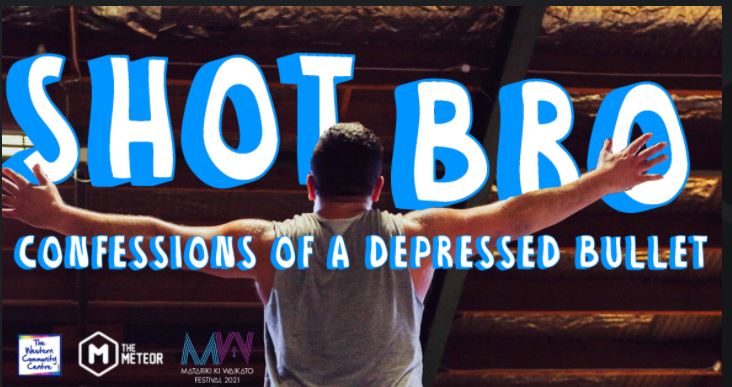