Suspended 20 metres above ground,
between trees outside the Museum
Grantham Street

If you walk down in front of the museum and look up into the sky, you might catch a glimpse of some visual trickery, an optical game, hovering between the trees. 'Ripples', commissioned by Hamilton law firm, McCaw Lewis Chapman, is the third suspended work created by Neil Dawson during the early stages of this public art works. After spending time at the site prior to making the work, Dawson liked the idea of playing with the relationship between water and sky, reflection and movement.

Defying gravitational boundaries, a ripple effect, like that of a stone hitting water where ripples radiate out from the centre and droplets spring up, is suspended against the sky.  This alternative reality offers a usually horizontal occurrence in a vertical orientation.

Suspended twenty metres above the ground, the sculpture weighs only 5kg. A preoccupation with line, shadow, and conveying three-dimensional images in two-dimensional ways is a signature of Dawson's work. 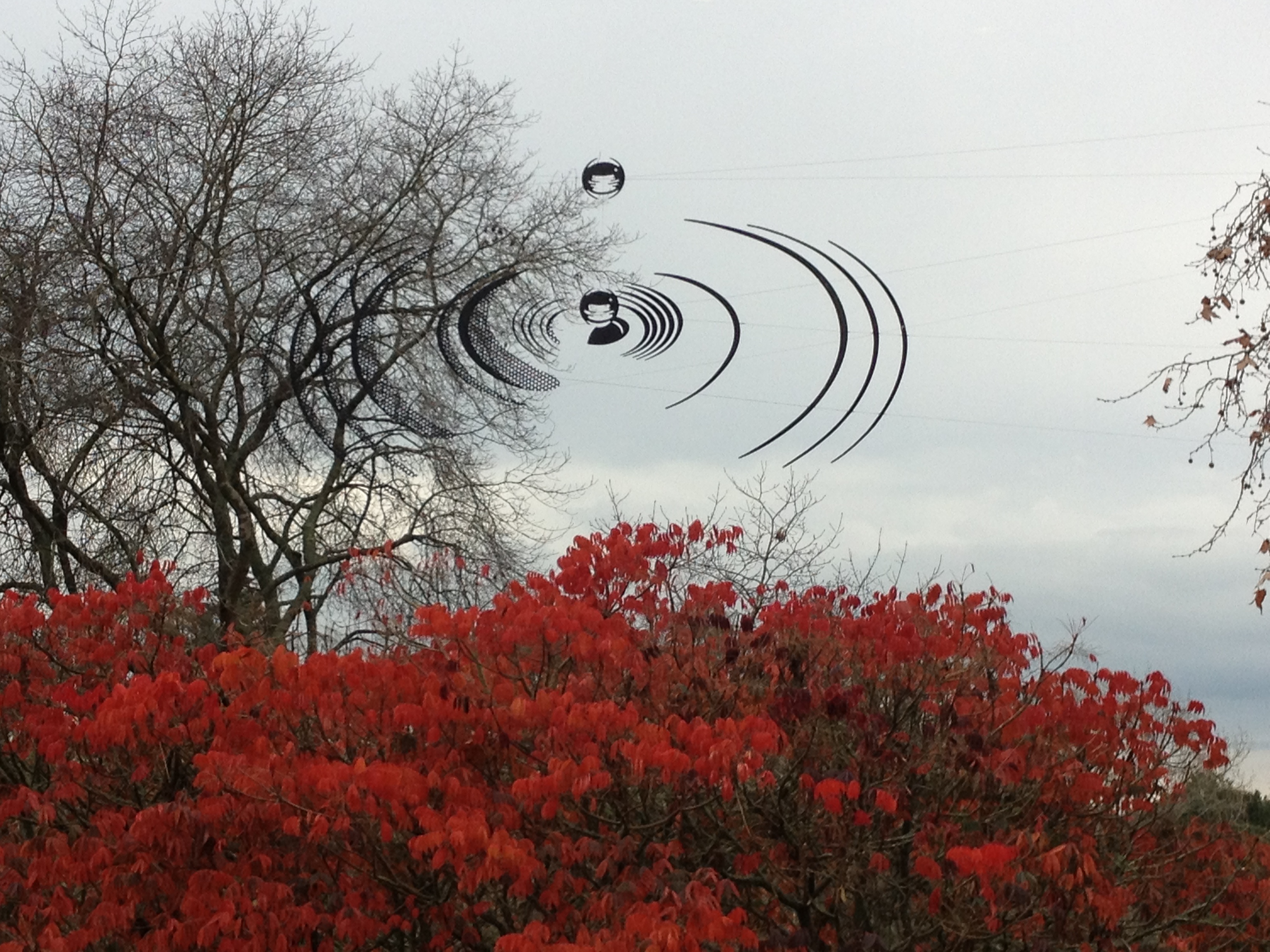